“It’s a bit like being off project… but more tiring”

We're very pleased to see our consultant, Gideon, making the most of our Parental Leave Policy. After taking time to be the primary caregiver to his new baby, Asher, he shares what was great and what was more challenging.

At The PSC, we're proud of our parental leave policy. All new parents, regardless of how they come to be a parent or their gender, have the same entitlement to parental leave when their child arrives or in their first year.

Our guiding principle is one of equality: that all parents and families have the opportunity to face the joys and challenges of parenthood, with support. We want to normalise shared parental leave and wholeheartedly support our consultants that choose to take it.

With that in mind - we welcome back our consultant, Gideon Shapiro, who recently returned from taking parental leave to spend time with his new baby. We want to hear all about it so he kindly answered our questions... 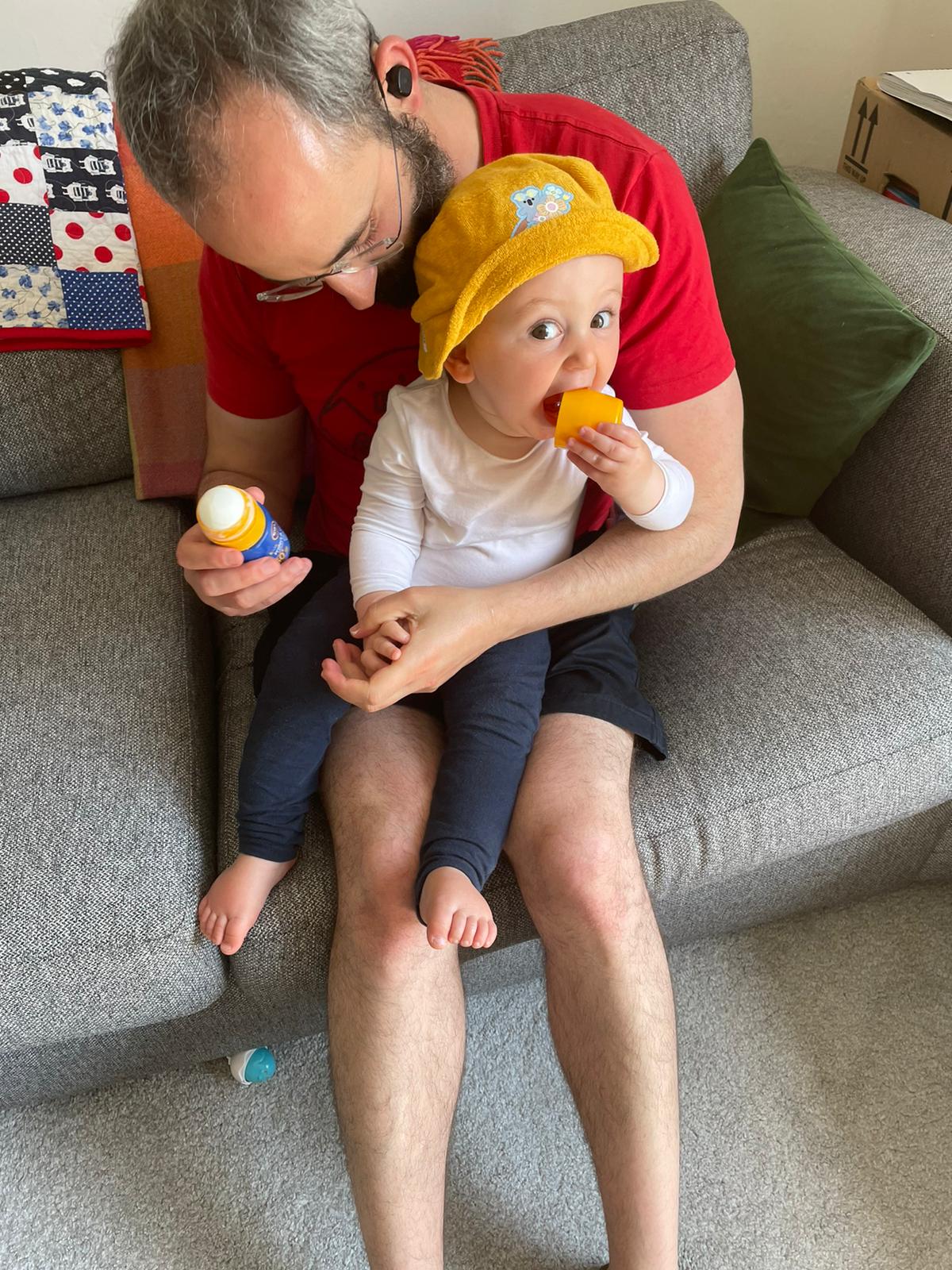 Welcome back Gideon! The most important question first – tell us a bit about Asher, how old is he and what were his favourite things to do with you while you were on parental leave?

Gideon: Asher turned one on the 18th of July, which is unbelievable – one already! Asher’s a very friendly, engaging little boy. He likes exploring and playing in the park, especially in the sandpit. He’s not so keen on playing with other children yet (unless he’s trying to nick one of their toys), but if he sees an adult he’s definitely going to go over and have a go making a friend.

Take us back to the beginning - tell us a bit about your decision to take parental leave. How long was your leave and how did you know that taking it was right for you and your family?

Gideon: When my partner Jade and I first knew we were expecting Asher we discussed how we wanted to handle parental leave. Jade was entitled to up to a year of leave on varying pay, and I knew I could take a sabbatical. We both thought the ideal would be for Jade to take the first 8-10 months, and then for me to take a sabbatical/leave going up to a year old. Asher would then be one when he started nursery which felt about right to us, and we would both have had a chance to be the primary care-giver and get that special bonding time when he was still very little.

How did you hear that parental leave at The PSC was an option?

Gideon: It was discussed openly and widely throughout the company and I was encouraged to speak to the relevant people about adapting my pre-existing plans to take a slightly longer stretch of parental leave, which was wonderful.

How easy or hard was it to ask for the time off and put it into motion?

Gideon: It was very easy – as the policy changed after Asher was born, I felt slightly hesitant about asking (those weren’t the terms from the start and I’d already taken some paternity leave when he was born), but everyone I spoke to encouraged me to take the time off. Putting it into motion was also very easy, and I’m very grateful to colleagues who worked hard to make the policy as simple and accessible as possible.

How easy or hard was it to actually switch off from work once your leave started? Is there anything that helped/ could have made things easier?

Gideon: Being the full-time care-giver, I had little headspace for thinking about work – it’s a really full-time job! So switching off was not too challenging… the nature of the work – project-based rather than long-term operational – also makes it easier I think: it felt like being off project, but just doing Asher things instead of working to develop the business, which would be the norm when off project.

What were your favourite parts of being on leave? What were the hardest? Anything you’ve learned from the time?

Gideon: My favourite thing about the leave were the morning walk-and-nap routine I got into with Asher: he’d go into the baby-carrier (an ErgoBaby, I would highly recommend for any new parents, they’re fantastic, but I assume any brand would work equally well), we’d go for a walk around the block, and he’d nod off. I’d take him home and he’d sleep still in the baby-carrier for about 1.5-2 hours usually. I’d read or just sit with him… that will definitely be the thing I reminisce about the most.

The hardest: the fatigue – when Jade was primary care giver, she’d get up in the night to tend to him if he was properly awake to protect my sleep. When I was on leave, I would do it… and the sleep debt accumulated over time. Also, looking after a baby requires being mentally present and watchful all the time in a way I think most people normally aren’t – just being aware that he can crawl over to a table and if there’s a glass or something a bit to close to the edge, he could pull it off… so just the constant watchfulness and lack of time to oneself were also tiring.

Biggest learning: that looking after a baby is more tiring than the regular job!

What did your friends and family think of you having this time off?

Gideon: Everyone I spoke to thought it was great!

We’re thrilled to have you back! How does it feel to be back at work?

Gideon: So far so good! There’s a big adjustment – Asher going to nursery and not being with either Jade or me all the time… There’s a definitely feeling of loss and dislocation. When we’re having lunch and he’s not there with us, it’s quite a confronting feeling… but we’re sure nursery will be great for him (more social interaction and stimulation than we could provide) and so we’ll adjust. In terms of the actual work, I’ve slipped straight back into some of the old patterns of doing things, which is great, and am enjoying catching up with everyone to find out how things have been going. I’m also looking forward to getting on project again soon.

Is there anything you’ve changed about your working day since being back to make sure you’re able to stay very hands on with your baby?

Gideon: It’s still very early days, but I would normally have been an early starter at work – I liked to arrive at the office by 8am so I could leave relatively early as well, avoiding the worst of the rush hour commute on both ends. Now, with Asher drop-off at nursery, we’ll need to find other ways of doing things… Of course, the increase in home-working will also complicate things, so lots of ambiguity to work through.

What advice would you give to other employers considering introducing this parental leave policy or to people considering asking for the leave?

Gideon: All I can say is I felt incredibly supported in becoming a father and having this special time. I think a lot of companies talk about ‘bringing your whole self to work,’ and this feels like the employer corollary of that – I felt that my ‘whole self’ was supported by the company and I’m very grateful for that.

A lovely note to end on - thanks so much for taking the time to answer our questions!

If you have any question about our parental leave policy, please get in touch at hello@thepsc.co.uk. 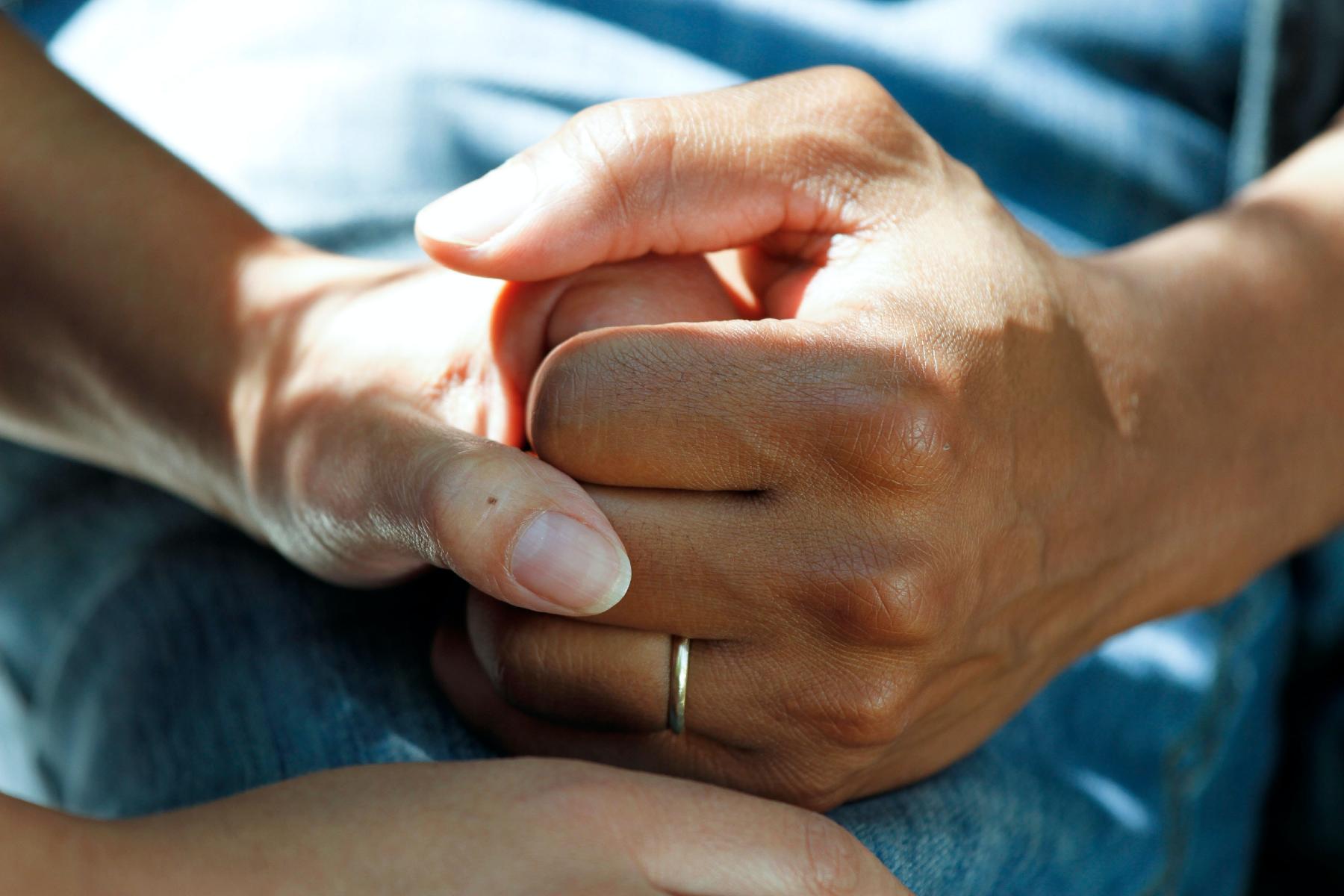