Learning from flu outbreaks and COVID outbreaks in care homes

We look at an unexpected feature of care home flu outbreaks and mortality – that these outbreaks are repeatedly and precisely timed around Christmas and New Year – and examine three potential drivers for these peaks.

Care homes have been particularly hard-hit during the COVID-19 outbreak, with more excess deaths than seen in other settings, as well as a longer peak of cases. This paper looks at the extent to which similar patterns can be observed in relation to the annual flu outbreak, and what might cause these patterns. It then looks at the implications for policies such as “Enhanced care in care homes”, and for the ways that protocols could work in future for admission to hospitals from care homes, and for discharge from hospitals to care homes. 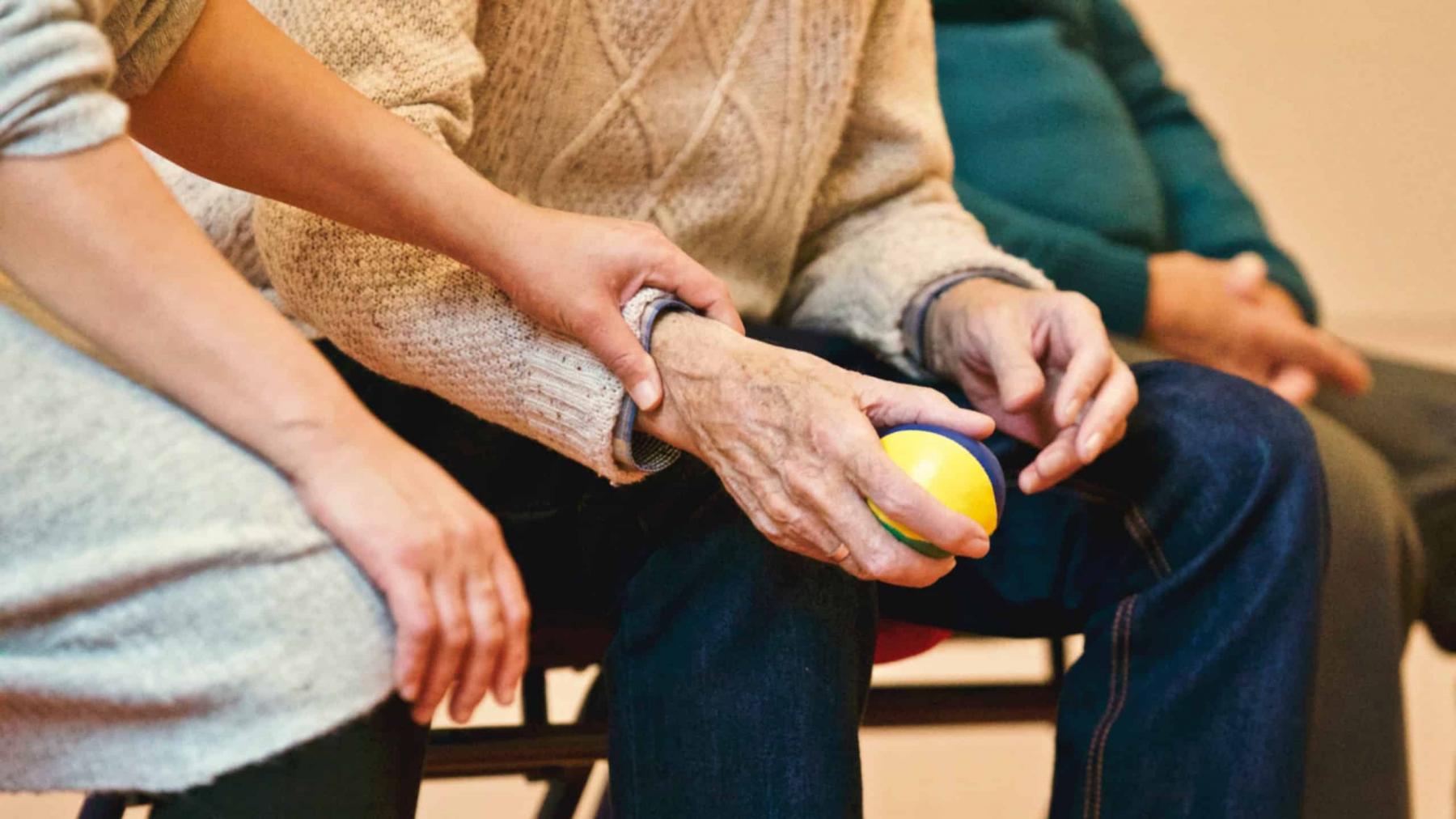 This view is also supported by looking at seasonal influenza outbreaks. Mortality data over recent years suggests that care homes are typically impacted more significantly than other settings during winter flu seasons.

Analysis of death rates in England (Figure 1) shows that in winters with reduced flu transmission, such as that of 2015/16, care home death rates go up at a similar rate to the rest of the country. As a result, the percentage of all deaths that occurred in care homes stays relatively constant (at around 22%). 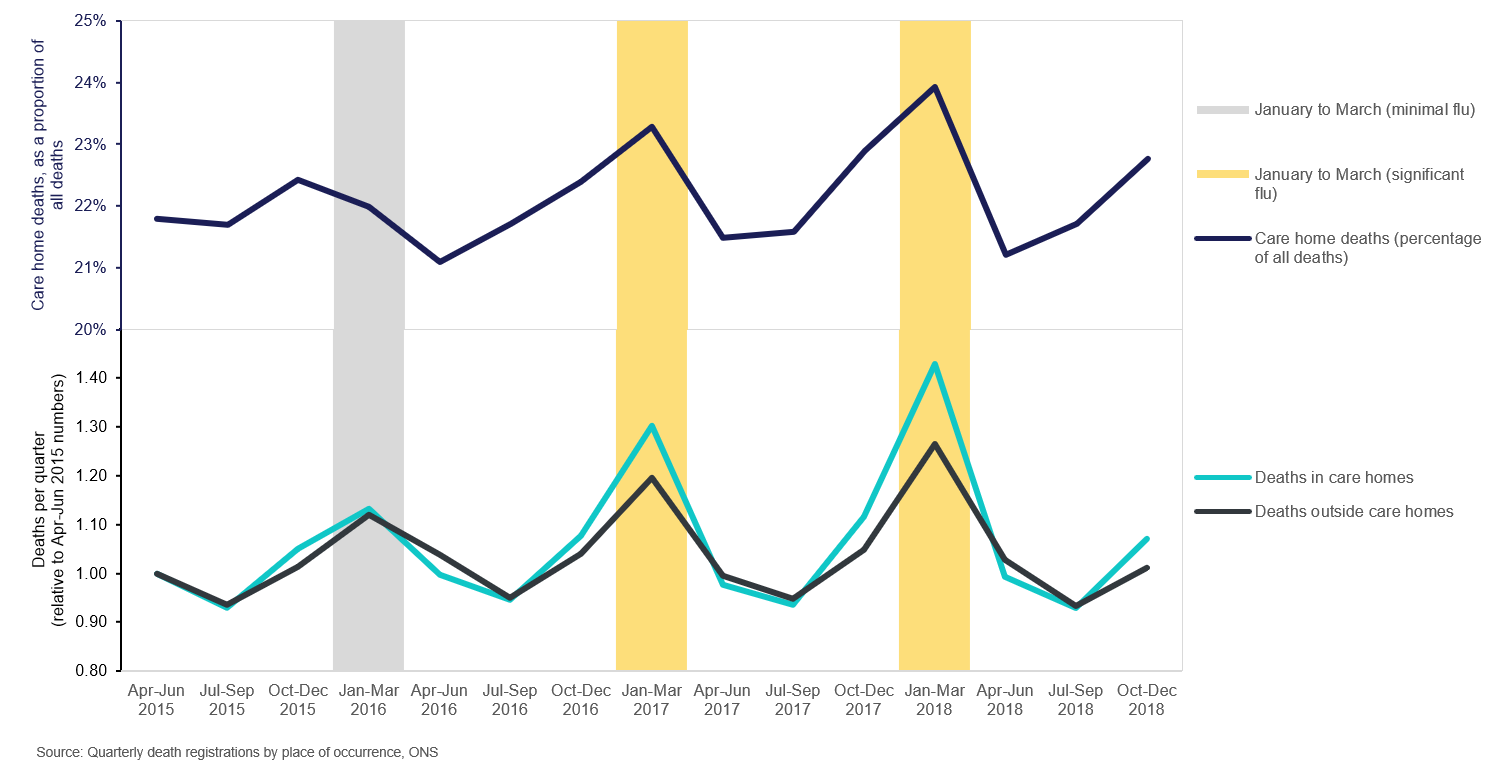 Figure 1: Death rates in care homes versus outside care homes, England 2015-2018. This data supports the view on the ground: care home environments are particularly vulnerable to onward transmission of infectious diseases, leading to increased mortality.

During winters with significant flu, a sharp peak in mortality repeatedly occurs in the first fortnight of January

Whilst the conclusion above is relatively unsurprising, some further analysis of mortality data during flu seasons presents a curious, unexplained feature. Typically, flu seasons see a very sharp peak in deaths occurring in early January. 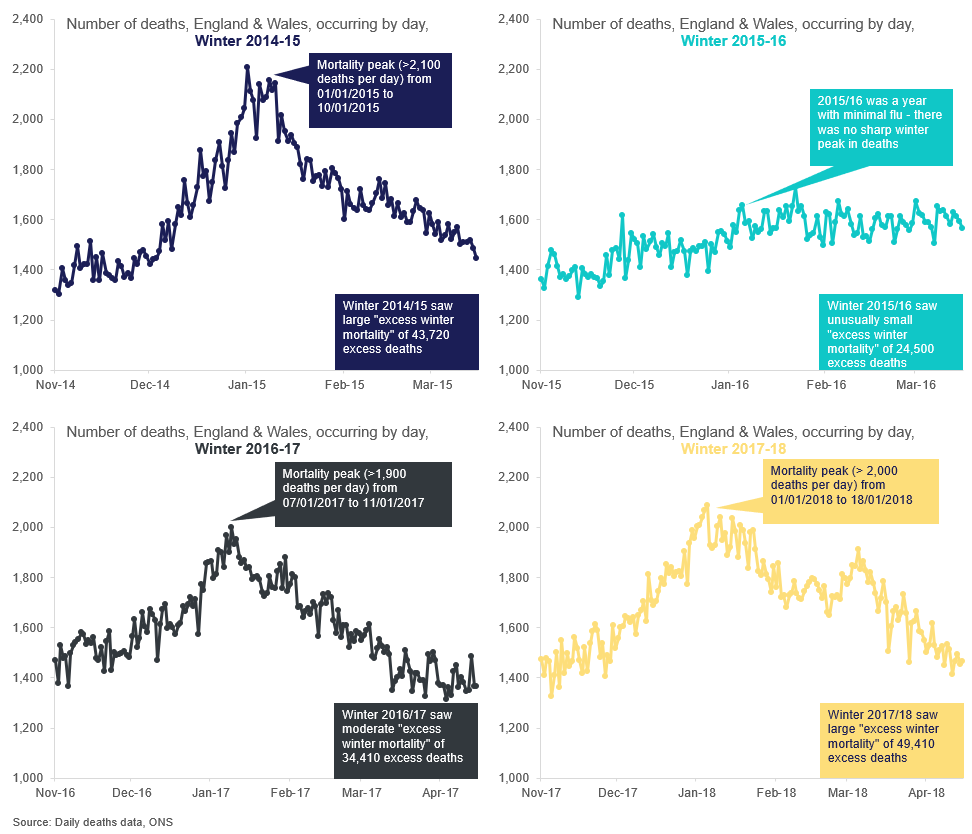 Aside from the 2015/16 data, which was for a year with minimal flu, all the years analysed show a distinctive peak in the daily death rate that repeatedly occurs in the first two weeks of January. It’s curious that, at least in recent winters, that peak apparently never occurs in December or February. Furthermore, as above, insights can be obtained by comparing winters with different severity of flu outbreaks.

Furthermore, in years with significant flu transmission, the nation’s care homes consistently experience a steep January peak in cases. As seen in Figure 3, Public Health England data seems to confirm that, when there are big flu outbreaks, care homes are particularly hard hit during the week leading up to the new year, and the fortnight that follows it. 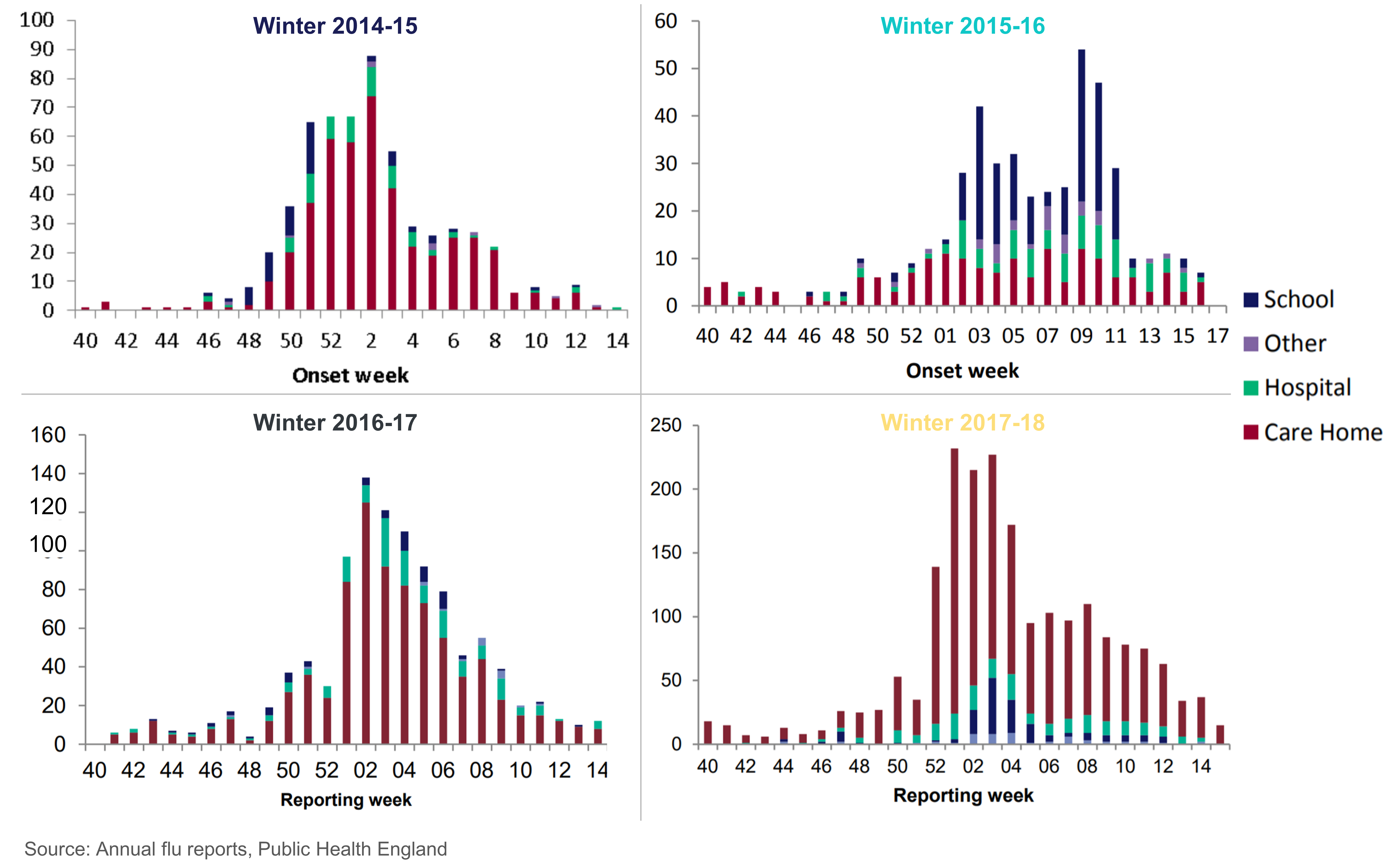 In years with significant flu transmission, such as 2016/17 and 2017/18, care home outbreaks are seen to spike sharply in the weeks after Christmas and in the first half of January, having been much lower prior to week 52. Data from the winter of 2014/15 shows a slightly different pattern, however, where care home outbreaks rose steadily from week 50 (prior to Christmas), building more gradually to a peak in the second week of the new year.

However, when comparing against winters without significant flu, namely 2015/16 and 2013/14 (the latter of which is not pictured), there is a dramatic contrast. In these years, the profile of care home flu outbreaks is much less well-defined. In these years, outbreaks rise gradually from before Christmas (often around week 50), continuing with some level of outbreak across the early months of the year (but with the level of outbreak an order of magnitude lower than in major outbreak years).

What might be driving this repeated early January peak in care home flu outbreaks and deaths?

Given that the early January peak re-appears each year that there is a major flu outbreak, in spite of other flu drivers (e.g. weather[1]) changing, it looks as though a consistent behavioural factor may be the ultimate driver of this recurrence. Engaging with NHS and care home staff, we have developed three hypotheses on the annual behaviours which may be contributing to the January peak:

Hypothesis 1: ‘Home for Christmas’ discharging - that flu outbreaks within care homes can be “seeded” by discharge of asymptomatic or newly infected patients from hospital, especially when there are large scale “discharge events”

Every year, in the lead up to Christmas, NHS hospital trusts up and down the country work closely with their system partners to increase the speed and efficiency of discharging from hospital to the community.

The annual initiative represents a significant departure from discharging practices seen across the rest of winter. As seen in Figure 4, the number of unoccupied hospital beds across England typically increases sharply by c. 10,000 between the dates of 20th and 24th December, corresponding to around one-tenth of the national bed stock. Note also that this is not due to opening of extra capacity: over the same period each year, the number of open beds either stayed roughly constant, or decreased. 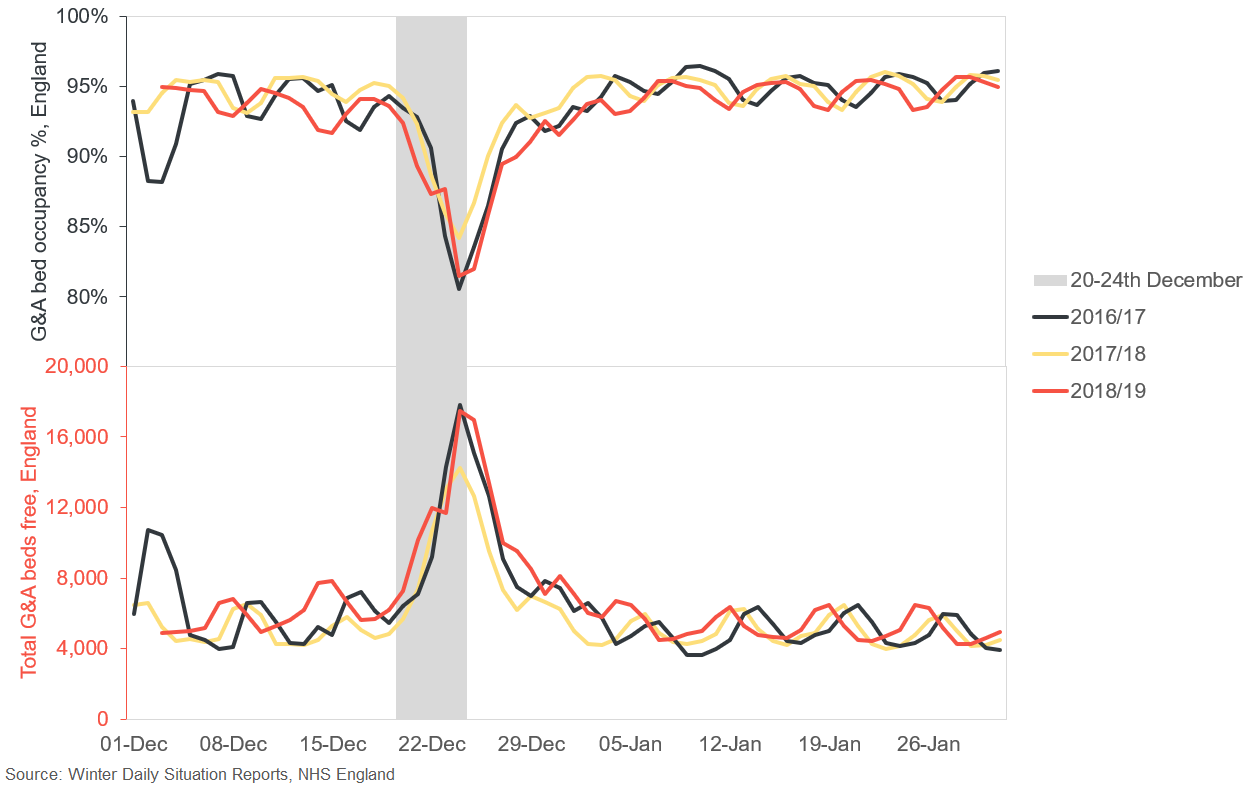 Figure 4: General & acute bed occupancy and number of unoccupied beds, England (Winters 2016/17 - 2018/19)It is widely accepted that this approach, which sees health professionals strive to reunite families with loved ones in time for December 25th, needs to be implemented carefully to avoid patients returning home prematurely, resulting in an increased likelihood of returning to hospital in the new year. However, this article poses a different question: might this initiative be playing a part in seeding flu outbreaks in care home settings?

Given that studies estimate that a substantial proportion of influenza cases may be asymptomatic, and that others will wait 1-4 days from infection to the onset of symptoms, there is a real risk that some patients with hospital-acquired influenza may be judged as medically fit for discharge in the week leading up to Christmas, and yet may return to a care homes in a condition that makes them infectious to others in care homes over the Christmas holidays

Indeed, with regard to Covid-19, senior hospital doctors have reported concerns that the NHS policy of accelerated discharge from hospital has helped to “seed” the epidemic in care homes by transferring Covid-19 patients back to the community.

If the NHS policy of discharging “home for Christmas” has indeed contributed to flu outbreaks in care homes in the past, then there is an urgent question of how best to manage risks of cross-infection of infectious diseases (flu, COVID-19 and other infectious diseases), especially for individuals who move from care homes to hospital and back again. In the case of COVID-19, the approach is now to test every patient who is being discharged from hospital to care homes.

Hypothesis 2: Enhanced community transmission into care homes at Christmas - that the change of staffing (including agency care workers) and/ or family visits may accelerate the spread of infection into care homes

The spike in care home flu outbreaks – and mortality – following the Christmas period may be driven by an increase in transmission of flu into care homes from the community at Christmas. In particular, changes in staffing patterns over Christmas (e.g., agency care workers) could cause cross-infection from one care home to another, as has happened with COVID-19 and agency care workers. Increases in visits from relatives could also be a source of community transmission.

If community transmission is a significant contributor to increased flu outbreaks and care home deaths, then immediate precautions will need to be put in place which minimise the movement of staff between facilities during flu outbreaks. For full-time agency staff, policies which limit the number of places they can work, or furlough measures which allow staff to turn down jobs at multiple locations may be appropriate. Moreover, extensive tracking and testing of staff will be required.

If this is a significant driver of increased transmission, then frequent resident testing, introduction of social distancing during flu outbreaks, and perhaps a re-think of how common facilities and spaces are used will be required.

Next steps and further work required

The work presented here is a preliminary analysis using publicly available data. The evidence isn’t strong enough yet to fully support or reject any of the three hypotheses.

Analysis of numbers of deaths per day, using data split by setting, could serve to test whether the January peak is indeed strongly driven by mortality in care homes, as our analysis so far would suggest. Additional work could seek to link secondary care datasets with care home data at a per-patient level, enabling specific investigation of any potential link between pre-Christmas discharges and new year flu transmission.

We are keen to hear feedback from stakeholders interested in contributing to further research into this hypothesis, and in devising potential measures for managing the risk of cross-infection of infectious diseases in these circumstances. If you are interested to contribute, please get in touch with Russell Cake, Director at The PSC.

[1] For instance, 2017/18 saw flu cases peak over week 52 and early January, yet that winter both December and January were relatively warm, with both February and March colder than either December or January. 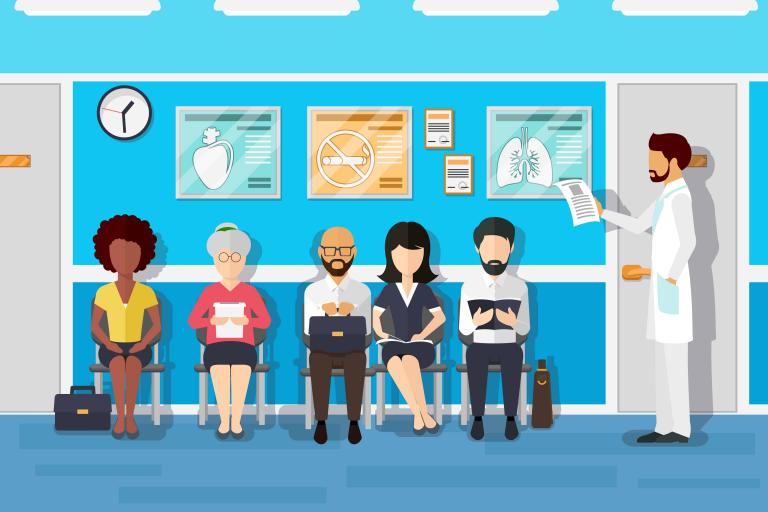 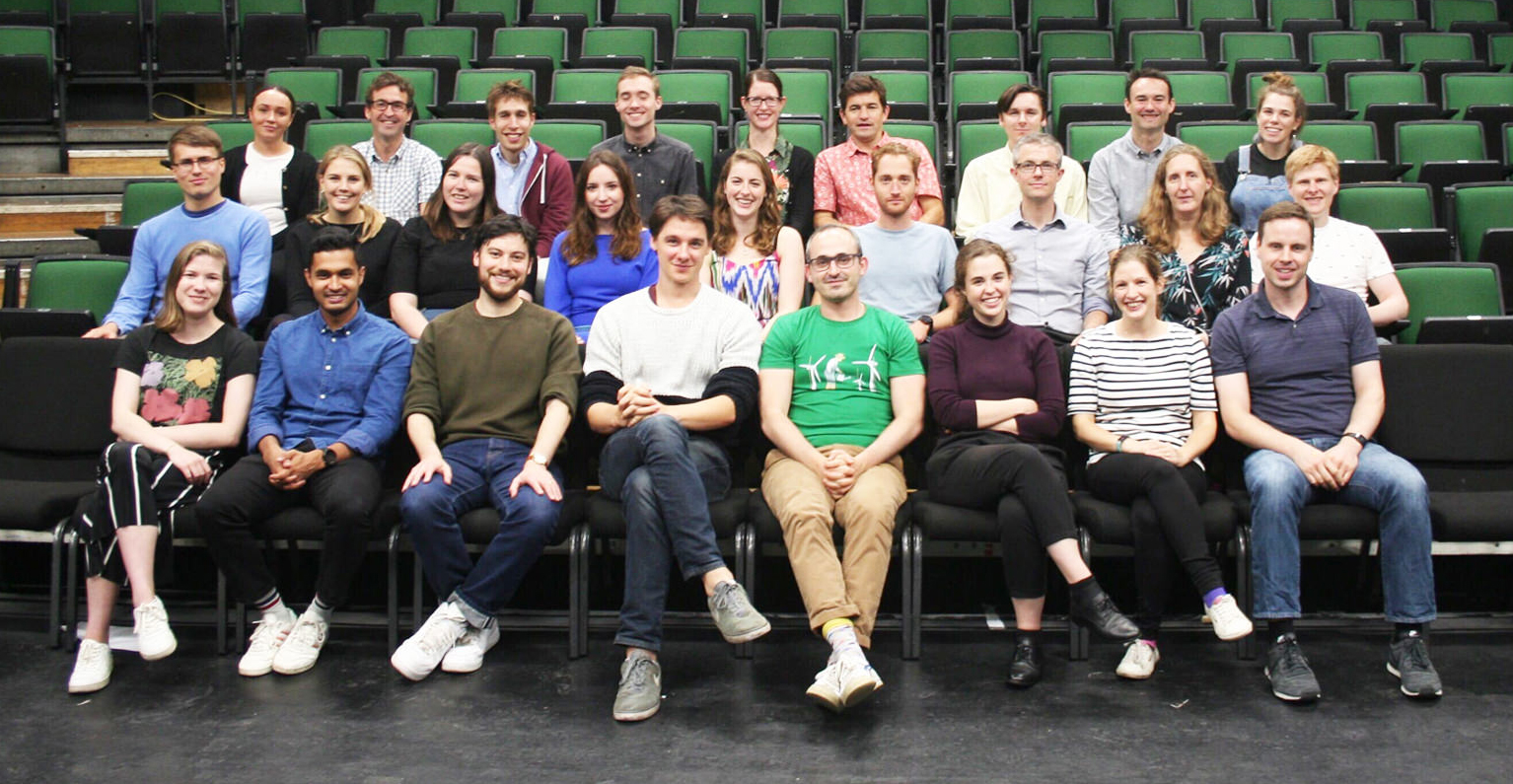 We Are The PSC

Introducing a new name for 2020 Delivery 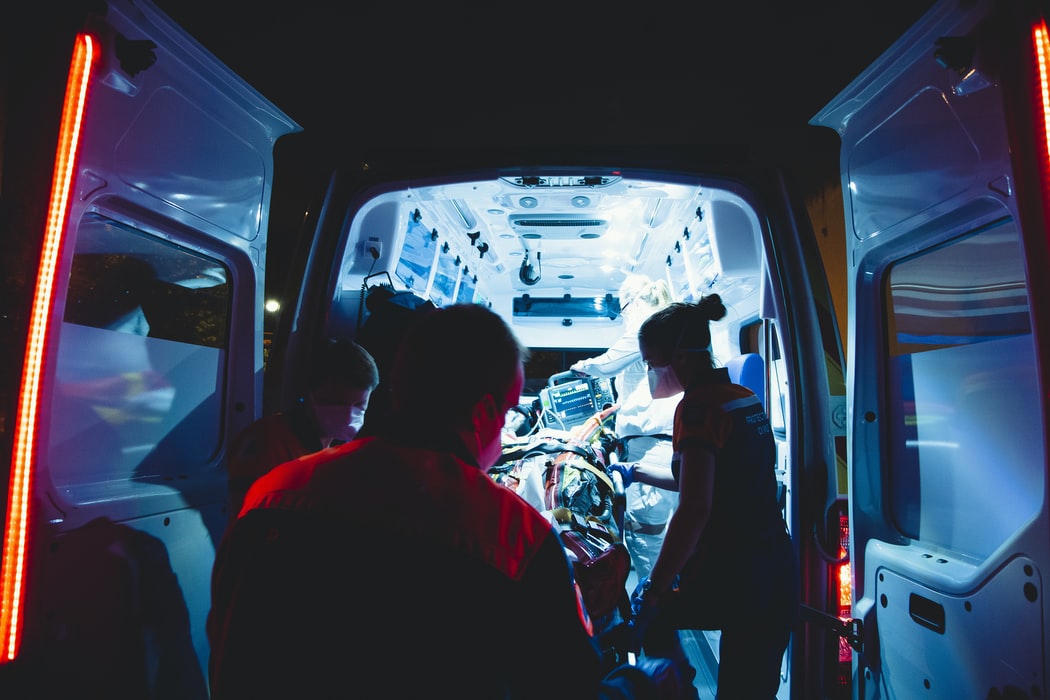 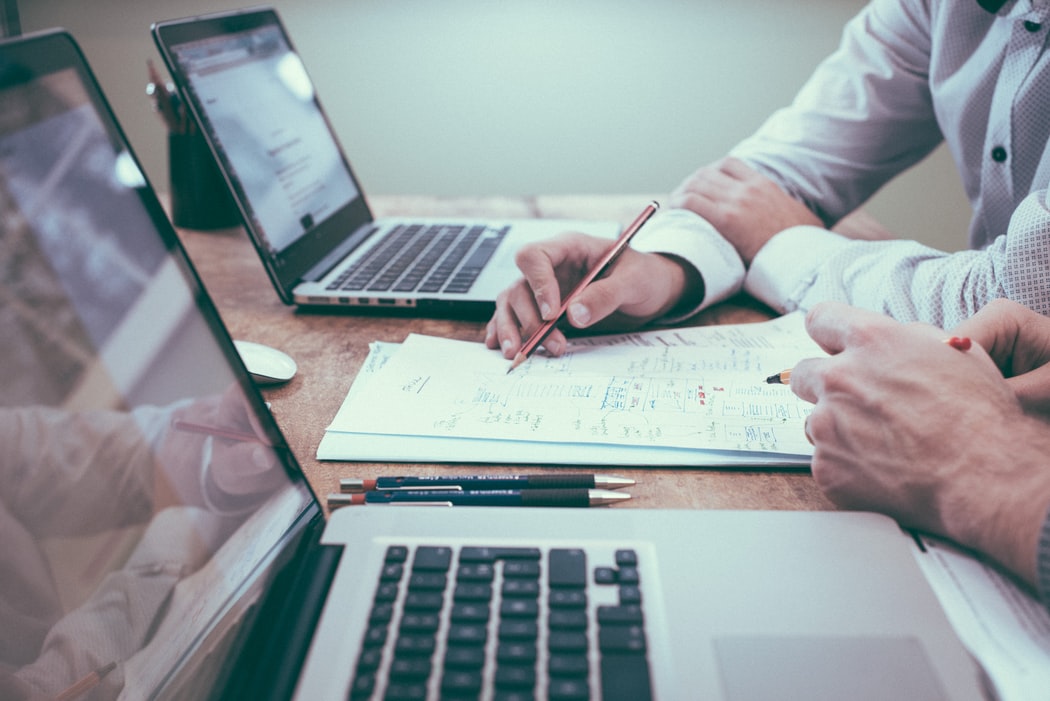 As part of the Government’s ‘Shaping Our Future Together’ programme, the…